Here at Everysportforless.com we're lucky enough to have several team members who have wrestled and coached at a fairly high level. One such person is Shane O. our Product Placement Specialist. When we approached Shane about sharing his experiences with Headgear we assumed he would have a favorite. We were wrong. Turns out he is still searching for the perfect fit. While his competitive days of Wrestling are just a bit behind him and choices have improved considerably, what we took from his tale was the same story we find with Products like Hockey Elbow Pads and Baseball Catchers Equipment. Some Gear is notoriously hard to fit and is all built around personal preference and sometimes the mindset of the athlete.

Finding the perfect set of headgear is not an easy task. I can tell you that throughout my wrestling career I went through at least 5 different models of headgear. I always ended up buying from different brands or trying out the newest models but the result was usually always the same which was, disappointment. Every model of headgear would always slip off my head or the velcro straps would pop off during a match. When you’re in the middle of a match, you want to be focused and locked in rather than thinking about whether your headgear is about to fall off.

During my Senior Year I decided that I had enough. I tried on a ton of models at a local sports store and even had my dad put me in a front head-lock to make sure that head-gear stayed snugly on my head. I finally found a set of headgear that was perfect for the shape and size of my head. I was really looking forward to testing it out in a real live match and luckily enough we had a huge local tournament the following weekend. 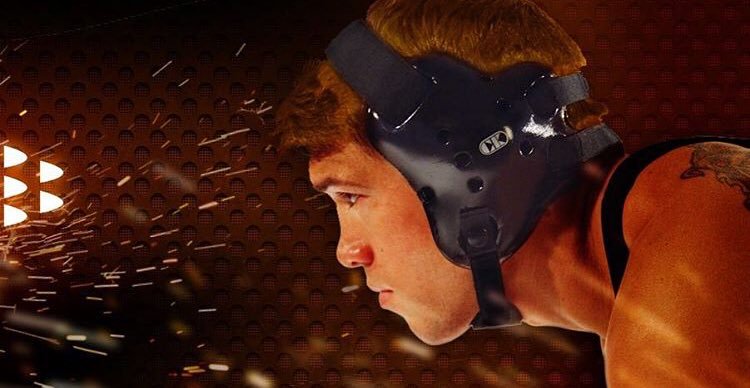 The Tournament had over 30 teams from all over New England so it was safe to say that I was going to be wrestling from sunrise to sunset. The First Match comes around and I run into zero problems, I ended up winning the match with no headgear problems at all. The Second Match was a different story since it was much more physical and tiring. I was getting hit with cross-faces and head-taps consistently in each period. By the end of the 2nd Period the straps of my headgear were covering my eyes and I was getting frustrated. I ended up losing that match because I was getting into my head too much. The Third Match, my coach gave me some pretty straightforward advice which still sticks to me this day. He said “You can make an excuse on why you lost or you can make a choice on how to win.”

My Coach was right. During that Third Match, my headgear got messed up again so I said no more excuses and I wrestled through it. With a strap over my eyes and my opponent riding high on my back I said that enough was enough. I shook him off my back and hit him with a Peterson Roll which ultimately led to a pin-fall. I ended up finishing out the tournament with some wins but most importantly I learned a great lesson that day. Finding good headgear is worth your time but making excuses about them is not. A Wrestling Match is about two people trying to force their will onto each other until one of them gives in. Making an excuse about your headgear is giving in. making an excuse about your shoe laces being untied is giving in, and most importantly doubting yourself before you step on the mat is giving in.

I’m not telling my story to deter you from buying headgear. You should want to find the best possible options for yourself or your child. You should want to try out different brands and models to find the perfect fit or comfort. There are different levels of protection vs comfort. For example a Cliff Keen EF66 offers additional options for adjustment with Velcro options than say a Cliff Keen E58 which is more geared towards the protection of a tight fitting chin strap and isn’t quite as customizable. Models like the adidas Extero Youth are more geared towards safety and even though they are one size fits most models they are customizable by the use of a Velcro fitting system. We will be adding ASICS to our lineup before next season and from what I have seen there is a strong showing when it comes to features in all areas. Our site offers free shipping on Headgear to help lessen the cost of your search.

So fellow Wrestlers, My warning is this: While Headgear serves a very valuable purpose (protection) and should be used by young wrestlers everywhere, but you don't want to blame your successes or failures on something so insignificant as your headgear. Anything can happen during a wrestling match which to me is the beauty of the sport. So be prepared to face hard obstacles and to roll with the punches. So like Coach said, Use your mental strength and “Make a Choice on how to win.” Because sometimes, it’s all in your head, not on it.